Biography of an Enigma

I've now turned 64, not that I'm obsessed about age or anything ;-)

Generally speaking I'm pretty well preserved and apart from a few inevitable creaks feel much as I did in my 30s and 40s.

I work in web design and search engine optimisation - I'm now self-employed running my company SpiderWriting. Until a few years ago I was employed by Indicium Web Design / Oyster Web and had been with them since Autumn of 2004. I'm an ex-bookseller and an ex-sound engineer.

Since buying a house in the mountains of Slovenia a few years ago, I spend around half the year over there, and intend to retire there if the madness of Brexit doesn't interfere with my plans. Previously my leisure time was taken up with administering various bodies in chess and literature, having been President of Chess Edinburgh for 16 years and for a long time was Secretary and then membership admin for the Edinburgh Chess Club. I was also chairman and membership admin for the Dorothy Dunnett Society. Having stepped down from most of those posts I'm trying to spend more time taking landscape photographs and trying to get out to do some walking while I'm still fit enough.

What's all this Enigma Stuff?

That's because I frequently think I'm a mass of contradictions. In my youth I was very scientific and logical, yet found I was happier talking to arts faculty people, and I've since found that I rely on intuition far more than might be expected. Through meeting professional people at the chess club while quite young I was comfortable with authority and rather conventional, yet I had a widly romantic streak and an extremely individualistic, free-thinking outlook on life. I was the first person in my family ever to go to university, yet I left after two years. I spent 5 years in the freewheeling and hedonistic world of music and then switched to the safe and almost naive world of bookselling of all things. I spend ages looking to minimise future problems yet occasionally take leaps of faith into high-risk situations. Half the time I seem to want stability and the rest of the time I crave continual change. Maybe I'll work out what's going on when I grow up ;-)

Born in Edinburgh, only child of Alex and Mary, I've lived there most of my life apart from two short periods in Leamington Spa and London during my spell in the music business. Dad's family hailed from the South-west of Scotland around Newton Stewart, although he was born in Glasgow and brought up near the village of Armathwaite south of Carlisle. Mum's family was based in Ferryhill in Durham and I assumed they were from the area but only quite recently I discovered they had only been there for two generations and were previously from Ayrshire. Had I known that at primary school I might have avoided a lot of ribbing for being "English" since I spoke with traces of their accent for quite a long time.

I don't remember much about about my paternal grandparents as they died while I was quite young. I was very fond of my maternal grandad who spent a lot of time with me when we visited on holidays, and it was he who taught me to play chess. He had been a coal-face miner but was a highly intelligent man who could discuss any subject without difficulty. 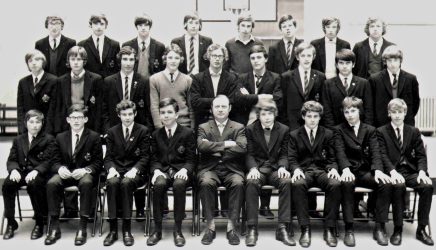 Education was at Craiglockhart Primary and then Boroughmuir High School which was a decent enough establishment as schools go. I took a while to shine academically but then went on to win the Engineering Science prize three years in a row as well as being in the top three in my year in Physics and Chemistry. However far from being a swot I seldom did homework and preferred to read extensively about more advanced aspects of the subjects I was interested in. While this was great for general education it was poor preparation for university as I became idealistic about education and omitted the work ethic! 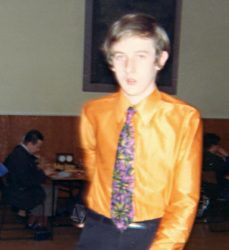 The rest of my time at school was generally spent playing chess and bridge, particularly the former in which I had a natural talent for tactics and combinations but again a poor ability to learn and memorise opening theory. Boroughmuir had one of the strongest school clubs in the country at that time and we were very successful in both junior chess and in the Edinburgh senior league. I did manage to make the Scottish Junior international team at the last gasp, although I'd already decided to retire from the game and was somewhat out of practice by the time the event came round. We were well outclassed by an English team that contained three future grandmasters.

Other sports I played were table tennis and basketball. In the former I was a member of the famous Gambit club run by the legendary Bert Kerr, who was Scottish number one for about 20 years and the lightest man on his feet I've ever seen. I was a half decent player but never played enough in the leagues to get a really competitive edge. In basketball I enjoyed being a member of Boroughmuir but was never really any good having come to it rather late and didn't get much court time. The senior team were the best in Scotland with five Olympic team members and were great to watch and exhilarating to train with. 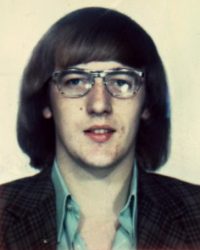 University beckoned and with little real idea of what I wanted to do (not assisted by the appallingly poor careers advice available) I made two mistakes. Firstly I chose to study Chemistry which was by then my favourite academic subject, and I chose to remain at home and go to Edinburgh University. It turned out not to be what I expected - even more of a sausage factory than I'd felt school was - I was soon so disillusioned with it that I lost all motivation and left after two years. Again the advice was poor, more concerned with hanging on to a faculty member rather than working out what I should be doing. Fact was that I felt far more comfortable with the Arts faculty students than the Science ones and I might well have been able to switch to an Arts degree if I'd thought about it earlier. With hindsight a History course woould have been perfect.

However by that time I'd realised that I had a talent for sound and music and that took over my thoughts entirely. After leaving I went through a few temporary jobs then got my first job as a Sound Engineer.