A biography part 3 - Books and Computers

When Fiona and I got married I had about £30 in my bank account but had just passed an interview for a job as a bookseller with James Thin Ltd - the famous old Edinburgh booksellers who'd been a stalwart of the British book scene for five generations. Three days after the wedding I started an assistant in the Science and Technical Dept on £60 a week.

At that time everything was very old-fashioned in the shop - stock control was all done manually using cards and slips of paper generated by what would now be considered a very basic minicomputer system that recorded the outgoing orders and printed stock slips that had to be manually put into and retrieved from each book. I was always blessed with good organisational skills and I gradually improved the systems we were using and took my first steps at learning about and using the computer system. When it was updated with new hardware I followed the developments closely. In the meantime I'd taken over the Computer Books section of the dept and was fortunate that it was just at the time that the Sinclair ZX80/81 and later Spectrum were coming out, followed by the BBC Micro, Commodore 64 and eventually the IBM PC. Books on these machines began to come out and I learned as much as I could about them and the academic books on programming that were also starting to proliferate. After a few years I'd converted the small section into a full dept turning over a quarter of a million pounds and was well-known in the industry for my knowledge of the computer books market with publishers regularly asking my advice on new books. At its height the dept was probably the best and most profitable in the UK and people used to come from all over the country to buy books that they couldn't get anywhere else. 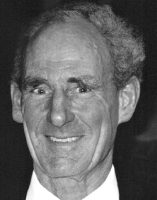 Andrew Thin had joined the family business when his father, the legendary Jimmy Thin, decided to retire, and he promoted me to be deputy head of the Academic Floor comprising the Arts, Business, Computing, Science, and Languages Depts. We had just taken over the offices next door and knocked through the thick walls to double the size of the first floor. This also gave me the responsibility for liaising with the universities and colleges for academic books provision and the task of coordinating the research and ordering of the books for the academic courses which was a large part of the company's business. I worked with Alan Boyd who was head of that floor and a very experienced bookseller and for a while we ran a very happy dept. During this time we upgraded the computer system again and I took a close interest in its development, pointing out bugs and acting as the go-between with the programmers. I would later write and teach training courses for the staff on the use of the system.

Andrew had by this time left the company to work with Highlands and Islands Enterprise and with this the other side of the family started to take over the running with Jamie, Jackie and Hilly joining their father Ainslie in the management. It was felt that my knowledge of the computer system made me the ideal person to take a new role as Systems Manager to look after the ordering and stock control process and continue to work with the programmers on new developments. Although the system was based on Unix it also put me into day to day contact with the PCs which interfaced with the tills and around this time I bought my own first PC at the time that Windows 3.1 came out. It wasn't long before I was making use of it in all sorts of ways - particularly building databases and doing desktop publishing. That led to my introducing desktop publishing into the company and for a while I produced the adverts which were put into newspapers and magazines as well as all the in-house flyers and information sheets.

Email and the Internet

The development of PCs was being matched by that of the internet, although it was very different from what we know today. I was making enquiries about email accounts and pushing to have one so we could take advantage of it to contact the university staff - universities being the main users of email at that time. The first account we had was from Edinburgh University and it required that you log on using a terminal program and an online plain text editor derived from emacs and fiendishly difficult to pursuade to work. The modem I used had to be configured manually and had a top speed of 9600bps which was seldom achieved in practice. However it was enough to show the potential and when we later went to a business seminar and came across a company called Almac who were an ISP we were able to move to a slightly more usable interface on DOS and eventually Windows software. We even had our own domain name! 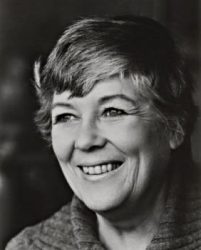 That email account led me into another completely different world which would become very important to me. I was asked to reply to a letter from an overseas mail order customer who was requesting urgent advice about the books of an author called Dorothy Dunnett. The excited reply from that customer to the fact that we now had email and could give immediate answers spawned a host of other messages from Dorothy's fans in the USA, many of whom were in the vanguard of email usage and already had a discussion group called Dunnetworks.

A few months later and I had arranged that we could have our first web site and was teaching myself HTML. Looking for material to add to it I asked some of the readers if they would like me to write a page about Dorothy. That page became our most popular one and grew to be many pages. Over the next few years I developed that site until it was around 600 static pages plus (with the help of a consultant Perl programmer) a 1.2 million database of books that was for a while a far better system than Amazon despite being on a tiny fraction of the budget.

The Dunnett pages are now on a separate site which I run in Dorothy's memory. I was priviledged to get to know her as a very special person and it was a great shock when she died in 2001. By that time I'd become a prominent figure in her readers' association and was writing regular newsletters about her books and travels. We were selling large numbers of her books all over the world and I'd made many friends.

By this time I'd also been made Network Manager and Webmaster after we'd taken over a chain of English bookshops and integrated them into our own branches. They were added to our new Windows NT based network which I and another person had been trained to administer, although as the website grew I found that taking over most of my time and I even had an assistant to help me run it as well as staff to process the orders.

However things were not well in the bookselling world. A few years earlier the old Net Book Agreement which forbade discounting had been scrapped and many booksellers were feeling the effects of price wars and the start of supermarkets creaming off the bestsellers. First the old Glasgow firm of John Smiths, our only real rival in Scotland, was bought over and its main shops closed, then there was a battle between the main English chains of Waterstones and Dillons which led to a takeover. Then Heffers of Cambridge was bought by Blackwells of Oxford.

We knew we were in a difficult environment but even so it was a complete shock when early in 2002 we found that our bankers had refused to continue the overdraft facility and after 152 years of trading James Thin went into administration within a few days. As is always the case with such situations there were a swathe of redundancies especially among the middle management and I was one of them as the website was closed down. I'd been with the company for over 21 years and had imagined that I had a job for life if I wanted it.

It was a sad day for bookselling in general and especially for the many excellent and knowledgeable staff who were left jobless. Their knowledge of the trade and of books was thrown away and along with other such business failures it has left the book world a far poorer place where the only sources of information are the soulless internet retailers and other readers who blog about their experiences.

The tragedy was that the company was still workable - the creditors were all paid in full; an unheard of situation. Maybe it would have gone down anyway as others have since but my feeling was that the Scottish operation at least was sound enough to make a good fight of it.

For me it was the start of a totally new chapter.

Biography Part Four - the World of the Web